The Grand Palace complex was established in 1782 and it consists of not only royal and throne halls, but also a number of government offices as well as the renowned Temple of the Emerald Buddha. It covers an area of 218,000 square metres and is surrounded by four walls, 1900 metres in length. After King Rama I ascended to the throne in 1782, the palace was built. Prior to this, the royal palace and centre of administration had been located in Thonburi, on the west bank of the Chao Phraya River. For various reasons, the new King considered the former capital to be unsuitable and decided to establish a new capital on the other side of the river. 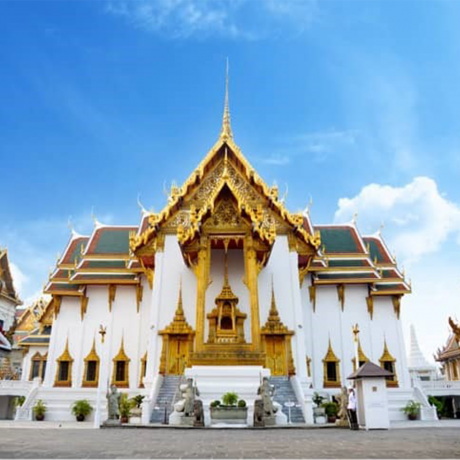 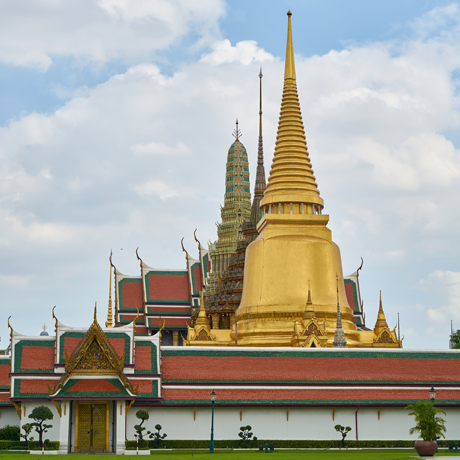 By his royal command, a palace was built to serve not only as his residence but also as the site of administrative offices. The royal compound has been known since then as The Grand Palace. The two earliest buildings erected within the complex were the Dusit Haha Prasat Throne Hall, and the Phra Maha Monthian.